Ukraine to get Harpoon anti-ship missiles from Denmark 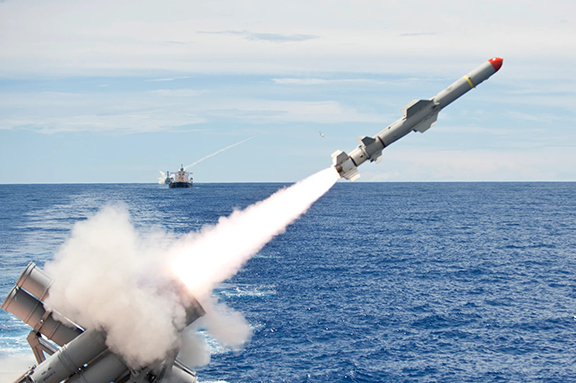 WASHINGTON ? Denmark will arm Ukraine with with a modern Harpoon anti-ship launcher and missiles to protect its coasts, Defense Secretary Lloyd Austin said Monday after concluding the latest U.S.-led meeting of international defense chiefs to coordinate military aid for Ukraine.
The announcement came as Russia’s blockade of Odessa, Ukraine’s largest port on the Black Sea, which is threatening global food supplies. At a joint press conference with Austin, Joint Chiefs of Staff Gen. Mark Milley said Ukraine, a major producer of grain, hasn’t been able to use Odessa as a transit point for 90 days because of Russia’s fleet, but he said the U.S. would not be intervening more directly.
“I think it’s quite important to the economy of Ukraine, and many countries in the world depend on Ukrainian grain,” Milley said. “As for what we’re doing about it, right now we don’t have any naval assets on the Black Sea, we don’t intend to. Right now its a bit of a stalemate between the Ukrainians wanting to make sure there isn’t an amphibious landing around Odessa. Right now it’s a no-go for commercial shipping.”
The Ukraine Contact Group, which included 40 member countries at the inaugural gathering at Ramstein Air Base in Germany on April 26, has since grown to 47 participants. Austin said Austria, Bosnia Herzegovina, Colombia, Ireland and Kosovo were among the newly represented countries helping Ukrainian President Volodymyr Zelenskyy.
Italy, Greece, Norway and Poland would be donating artillery systems and ammunition, Austin announced. He also lauded the Czech Republic for transferring attack helicopters, tanks, and missile systems to Kyiv.
Though Pentagon officials have said the emphasis has been on Ukraine’s immediate needs against Russia’s invasion, Ukrainian officials have also sought donations to build up their future needs. Before the meeting, Austin said those long-term needs were on the agenda.
“We’ll deepen accountability for security assistance provided to Ukraine, and we’ll discuss how we can strengthen and modernize Ukraine, the Ukrainian armed forces for the long haul to help ensure that they can deter aggression in the future,” Austin said.
Also on the agenda Monday, Ukraine’s defense minister, Oleksii Reznikov, was to offer an update on Ukraine’s fight and needs. Reznikov last week said Ukraine needs tanks and armored vehicles as well as multiple launch rocket systems, heavy artillery, aircraft and missiles.