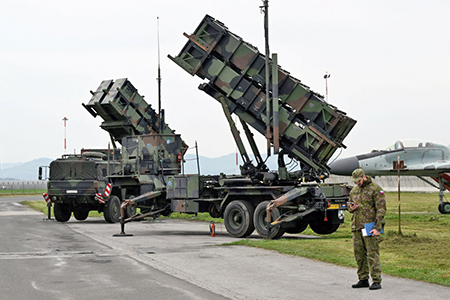 Oklahoma: A hundred Ukrainian soldiers are set to begin training on the Patriot missile system at Fort Sill, Oklahoma, “as soon as next week,” Air Force Brig. Gen. Pat Ryder confirmed Tuesday during a press briefing.

The Army selected Fort Sill over training ranges in Europe because the Patriot’s school house, which is normally a two-year training pipeline, is located at the Oklahoma post.

“Once fielded the Patriot will contribute to Ukraine’s air defense capabilities and provide another capability to Ukrainian people to defend themselves against Russia’s ongoing aerial assaults,” Ryder said.

The Pentagon announced in late 2022 that it intended to provide a single Patriot system to Ukrainian forces, as well as the required training to operate it.

The 100 troops scheduled for training at Fort Sill are roughly the number that would be assigned to a U.S. Patriot battery.

This first rotation of troops is the only one currently planned, but “we will keep the dialogue open in terms of any potential future training,” Ryder said. “But right now the focus is on training these operators to operate the system.”