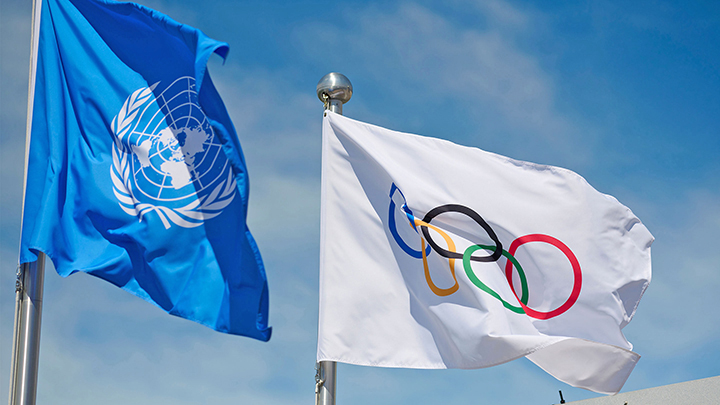 UNITED NATIONS, Dec 04 (APP): Against a backdrop of global conflicts, economic uncertainty, and climate change, the UN General Assembly has recognized the transformative power of sport to achieve peace and sustainable development with the adoption of a consensus resolution.

Adopting the text, introduced by Monaco, titled “Sport as an enabler for sustainable development”, delegates laid out the ways in which sport can be used to help young people improve their lives while generating cooperation among nations.

In his remarks, the President of the 193-member Assembly, Csaba Korosi, said the international community must include sports and athletes in its work to carry out the changes that transform the world, pointing out that sports bring people together in peaceful conditions and can help combat some of the greater dangers facing humankind.

Noting that the World Cup is underway in Qatar, he said both male and female athletes are role models for millions of young people. “It is more promising if nations compete on the fields of sports rather than on battlefields,” he said, adding, “The former is more noble and the latter leaves death and devastation behind.”

The Assembly president urged all member states to preserve the unifying spirit of sports and the Olympic Movement.

Encouraged by the Assembly’s unity on the resolution, the Permanent Observer of the International Olympic Committee (IOC), Louis Alberto Moreno, said stronger collaboration between the Olympic community and the United Nations system can advance the global goals by using sport in such areas as peace, health, education, gender equality and climate action.

In a polarized world, there are few occasions when humankind can set aside its differences and come together in peace, he said, adding that the Olympic spirit is the most important symbol of peace in today’s world.

The IOC representative welcomed that the resolution specifically highlights that international sporting events should be organized in a spirit of peace and without discrimination of any kind.

Qatar’s Ambassador Alya Ahmed Said al-Thani said that the opening speech of Emir of Qatar at the ongoing 2022 FIFA World Cup was an eloquent response to the unfair, selective, racist, condescending and politicized campaigns which targeted her country’s organization of the sporting event.

She said Qatar will focus on humanity by building strategic partnerships and expanding international cooperation mechanisms to spread a culture of tolerance and peace.

Ms. al-Thani also pointed to the launch of a campaign on the global goals on the sidelines of the World Cup.