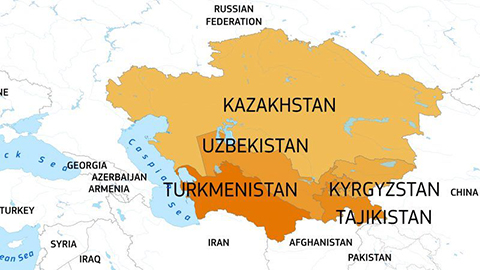 UNITED NATIONS, Jul 12 (APP):: The UN General Assembly on Monday adopted, by consensus, a resolution, sponsored by the five Central Asian states and co-sponsored by Pakistan, that calls for strengthening connectivity between Central and South Asia to ensure economic growth in the region.
“Regional connectivity – in the road, rail, energy, trade, ports, and shipping – is a vital accelerator for faster economic production, growth, and prosperity,” Ambassador Munir Akram told the 193-member Assembly.
The resolution was proposed by Kazakhstan, Kyrgyzstan, Tajikistan, Turkmenistan, and Uzbekistan.
It seeks to improve the capacities of the stakeholders in the countries of South and Central Asia, especially in the landlocked and least developed countries to strengthen their links with the sub-regional and regional transport and trade networks.
“Regional connectivity and cooperation can also contribute to building and sustaining peace, stability, and security,” the Pakistani envoy said.
For the landlocked Central Asian states, Pakistan can serve as a gateway not only to South Asia but to global markets, Ambassador Akram said, while underlining the deepening relationship between them.
In this regard, he said that Pakistan and Central Asian states have concluded several multilateral and bilateral trade agreements, including the Quadrilateral Traffic in Transit Trade agreement.
At the same time, Ambassador Akram said that the greatest challenge to connectivity are the tensions between Pakistan and India over the Kashmir dispute.
‘This festering dispute must be resolved in accordance with the UN Security Council resolutions and the wishes of the people of Jammu and Kashmir.”
Pakistan, he said, is also working on several specific connectivity projects, including, enhancing energy connectivity through Central Asia-South Asia power project, known as CASA-1000, which would supply surplus electricity from Tajikistan and Kyrgyzstan to Afghanistan and Pakistan; improving transport connectivity through the Termez–Mazar-i-Sharif-Kabuul-Peshawar railway project, which will provide Central Asian states access to deep sea ports in Gwadar and Karachi; and gas connectivity through the Turkmenistan-Afghanistan-Pakistan-India (TAPI) pipeline.
“There is also an emerging consensus to extend the CPEC to Afghanistan,” Ambassador Akram said.
To that end, he said, a sustained engagement is essential with the de facto Afghan government, especially the forum of its six neighbours plus Russia.