US approves $3bn in defence sale to Kuwait- Pentagon 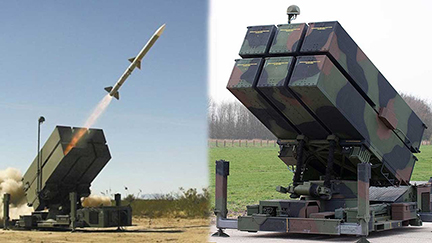 The US State Department has approved the potential sale of the National Advanced Surface-To-Air Missile System (NASAMS) and Medium Range Air Defence System to Kuwait in a deal valued at an estimated $3 billion, the Pentagon said yesterday, Reuters reports.

“The proposed sale will improve Kuwait’s capability to meet current and future threats by enhancing the ability to defend itself against regional malign actors and improve interoperability with systems operated by U.S. forces and other Gulf countries,” it said.

The principal contractor will be Raytheon Missiles and Defence, the Pentagon added. The State Department’s approval kicks off the 30-day congressional review period.

The US uses NASAMS to protect the airspace over the White House and the Pentagon. Both Hungary and India have also purchased NASAMS to defend their territories in recent years and the US said it would purchase the technology for Ukraine as part of America’s aid package for the war torn country.