US approves Eurofighter weapons for Kuwait 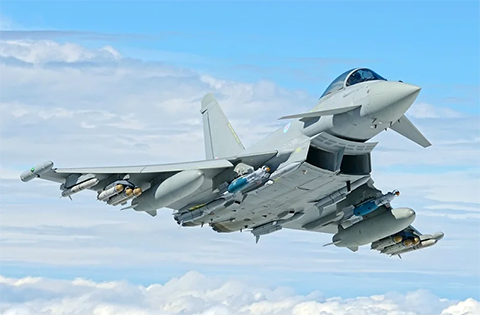 The US government has approved the sale of weapons to Kuwait for use aboard the country’s Eurofighter Typhoon combat aircraft, deliveries of which were recently commenced.
Announced by the US Defense Security Cooperation Agency (DSCA) on 21 July, the State Department approval covers a raft of air-to-air and air-to-surface weaponry for an estimated USD397 million.
“This proposed sale will support the foreign policy and national security objectives of the United States by helping to improve the infrastructure of a major non-NATO ally that has been an important force for political stability and economic progress in the Middle East,” the DSCA said in its notification.