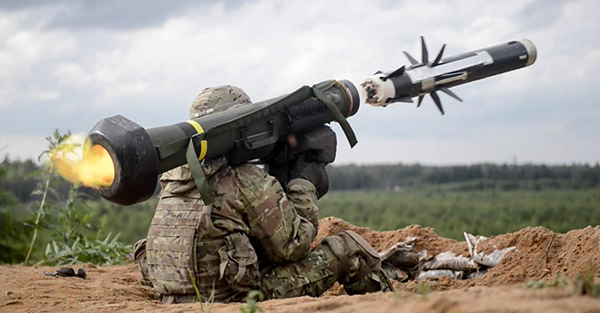 The announcement comes as the U.S. plans to increase production of the Javelin, which has been credited with helping the Ukrainian military defend itself from Russian tanks, armored vehicles, and low-flying aircraft in recent months.

“The proposed sale will improve the Brazilian Army’s capability to meet future threats by increasing their antiarmor capacity,” the Defense Security Cooperation Agency, the arm of the Pentagon that oversees foreign arms sales, said in a Tuesday statement. “Brazil will have no difficulty absorbing these weapons into its armed forces.”

Brazil wants to buy up to 222 Javelin missiles and 33 launch units, according to the Pentagon. The arms package would also include training and logistics support. In all, the sale is expected to cost $74 million.

The Javelin, a shoulder-fired missile, is jointly manufactured by Lockheed Martin and Raytheon Technologies. If the sale goes through, it would be the first time the weapon would be sold to Brazil.

On Monday, Reuters reported that approval of the Javelin sale—originally requested during the Trump administration—was delayed due to U.S. lawmakers’ concerns about Brazil’s far-right president, Jair Bolsonaro.

The White House on Monday said it would send Ukraine an additional 1,000 Javelins, bringing the total number of anti-tank weapons sent to the country to more than 6,500. President Biden toured Lockheed’s Javelin factory in May.