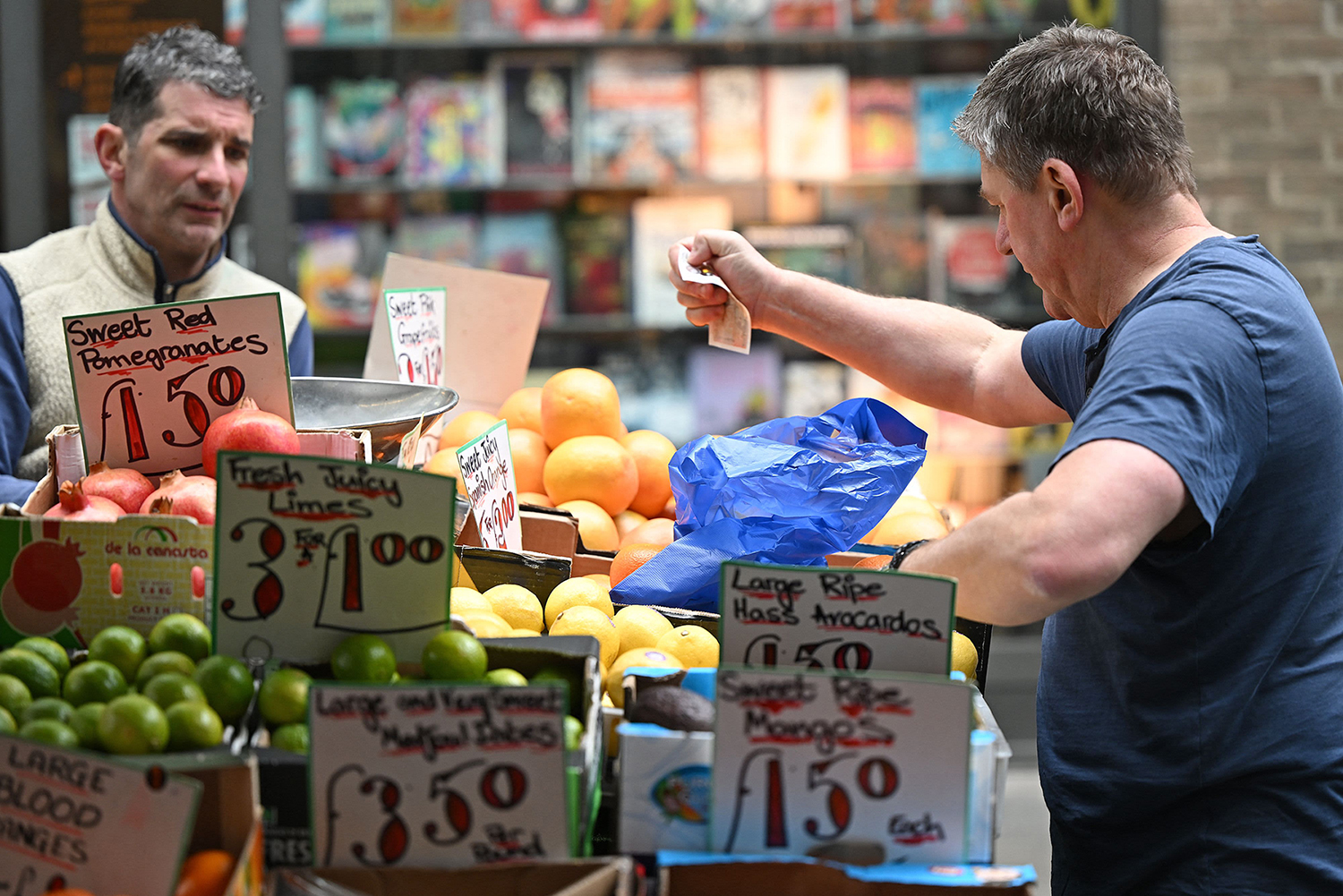 Washington, July 13 (AFP/APP): US inflation surged to a fresh peak of 9.1 percent in June, further squeezing American families and heaping pressure on President Joe Biden, whose approval ratings have taken a battering from the relentless rise in prices.
Government data released Wednesday showed a sharp, faster-than-expected increase in the consumer price index compared to May driven by significant increases in gasoline prices.
The 9.1 percent CPI spike over the past 12 months to June was the fastest increase since November 1981, the Labor Department reported.
Energy contributed half of the monthly increase, as gasoline jumped 11.2 percent last month and a staggering 59.9 percent over the past year. Overall energy prices posted their biggest annual increase since April 1980.
While acknowledging the inflation rate was “unacceptably high,” Biden argued that it was “out of date” as it did not reflect a clear drop in energy prices since mid-June.
According to AAA, the national average price at the pump was down to $4.63 a gallon, from $5.01 a month ago.
The recent price drop had provided “important breathing room for American families. And, other commodities like wheat have fallen sharply since this report,” the president said in a statement.
Insisting that tackling inflation was the top priority, Biden admitted his administration needed “to make more progress, more quickly, in getting price increases under control.”
The war in Ukraine has pushed global energy and food prices higher, and US gas prices at the pump last month hit a record of more than $5 a gallon.
However, energy prices have eased in recent weeks, with oil prices falling below $100 a barrel for the first time since April, which could start to relieve some of the pressure on consumers.
The Federal Reserve is likely to continue its aggressive interest rate increases as it tries to tamp down the price surge by cooling demand before inflation becomes entrenched.
The US central bank last month implemented the biggest rate hike in nearly 30 years, and economists say another three-quarter-point increase is likely later this month.
Wall Street stocks declined Wednesday after the release of the report, which added to recession fears, and some analysts worry the report will prompt the Fed to adopt even tougher measures to tighten monetary policy, such as a full percentage point interest rate increase.
Ian Shepherdson of Pantheon Macroeconomics summed up the data in one word: “Ouch.”
“This report will make for very uncomfortable reading at the Fed,” he said. “It rules out the chance of the Fed hiking by only 50bp this month.”

Driven by record-high gasoline prices, the consumer price index jumped 1.3 percent in June compared to May.
But Shepherdson noted some signs of cooling prices in the data and predicted “this will be the last big increase.”
When volatile food and energy prices are stripped out of the calculation, “core” CPI increased 5.9 percent over the past year — still a rapid pace but slowing from the pace in May, according to the data.
Food and housing prices also rose in June, as did car prices, though the rate has stabilized or slowed from the past month, the report said.
Mickey Levy of Berenberg Capital Markets said the “broadening” of price increases to more categories is a “cause for concern” for the Fed’s efforts, but “there is reason to believe price increases may moderate in the near term.”
Even so, the big jump left Biden open to intense criticism from opposition Republicans, who blamed Democrats’ spending.
Even Democratic Senator Joe Manchin of West Virginia accused leaders in Washington of ignoring the inflation risk.
“No matter what spending aspirations some in Congress may have, it is clear to anyone who visits a grocery store or a gas station that we cannot add any more fuel to this inflation fire,” Manchin said in a statement.