US delays approval of Israeli missile sale to Germany 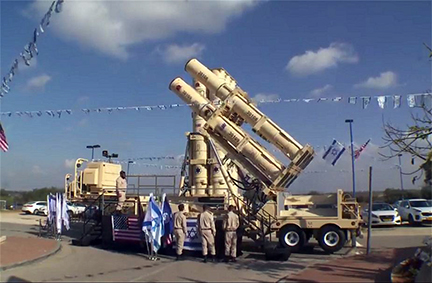 The United States is stalling in giving its approval for Israel to sell Arrow 3 missile defence system to Germany, the Israeli newspaper Israel Hayom reported on Sunday.

German Chancellor Ulf Schulz had sought during his visit to Israel six months ago to purchase Israeli missiles, which is developed in coordination with the US and with US funding.

The US approval “is needed as 80% of the system’s development costs, an estimated $2.2 billion came from US taxpayer money. In addition, Arrow 3 includes technological components developed in the US. A price of a single unit is three million dollars.”

After the Russian-Ukrainian war, a number of European countries, including Romania, also requested to obtain the Arrow 3 missile defence system from Israel.