US digs out from monster storm as death toll passes 50 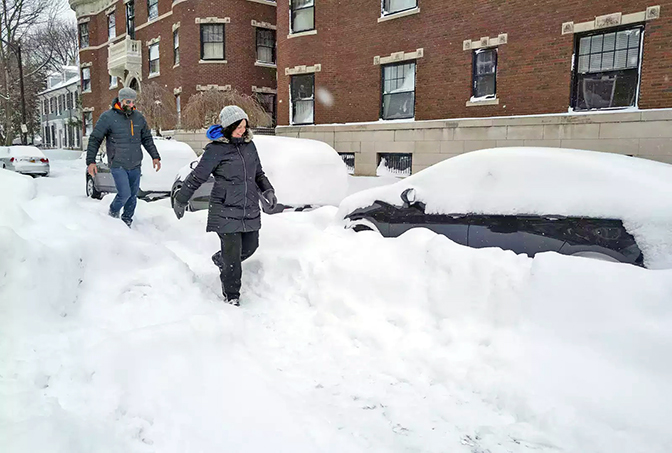 Buffalo, Dec 28 (AFP/APP): The monster storm that killed dozens in the United States over the Christmas weekend continued to inflict misery on New York state and air travelers nationwide Tuesday, as stories emerged of families trapped for days during the “blizzard of the century.”
The number of deaths attributed to the winter storm rose to more than 50 after officials confirmed three more fatalities in western New York’s Erie County, the epicenter of the crisis.
The police department “expects that number to rise,” tweeted Byron Brown, mayor of the lakeside county’s biggest city Buffalo — which has been paralyzed for five days by chest-deep snow banks and power outages.
Kathy Hochul, New York state’s governor and a Buffalo native, described the storm aftermath as resembling “a war zone.”
“Certainly it is the blizzard of the century,” Hochul told reporters Monday.