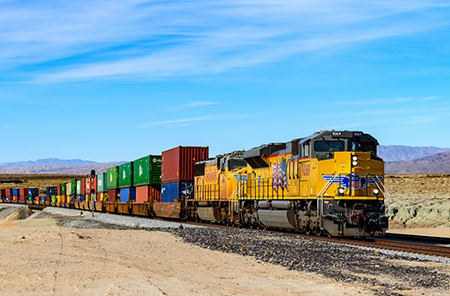 The negotiations have been going on for more than two years, but hit a wall earlier this year, raising the risk of widespread strikes and paralysis for railway transport. Talks continue, but a successful outcome remains far from certain.

According to a fresh Reuters report, the shutdown of the U.S. railway system could take place as early as this Friday. This would paralyze close to a third of U.S. cargo shipments, costing the economy some $2 billion.

A system shutdown would also aggravate the inflation situation in the country and interfere with the supply of essential goods such as food and fuels.

The administration has been active in trying to get trade unions and railways to settle on a deal but time is running out.

“The parties continue to negotiate, and last night Secretary Walsh again engaged to push the parties to reach a resolution that averts any shutdown of our rail system,” a spokesperson for the Labor Department said, as quoted by Reuters.

“All parties need to stay at the table, bargain in good faith to resolve outstanding issues, and come to an agreement,” they added.

Food and fuel supply disruptions are the last thing the administration would want happening so close to the mid-terms, especially after the consistent fall in gasoline prices over the past three months.

There is still hope for a deal. According to Reuters, on Sunday eight of the 12 unions negotiating with the railways had already reached tentative deals for about half of the 115,000 railway workers covered by the talks.

Later today, the Labor Department will host a meeting between the unions and the railways in demonstration of its “sustained engagement and hands-on efforts to encourage the parties to come to a mutually beneficial agreement.”