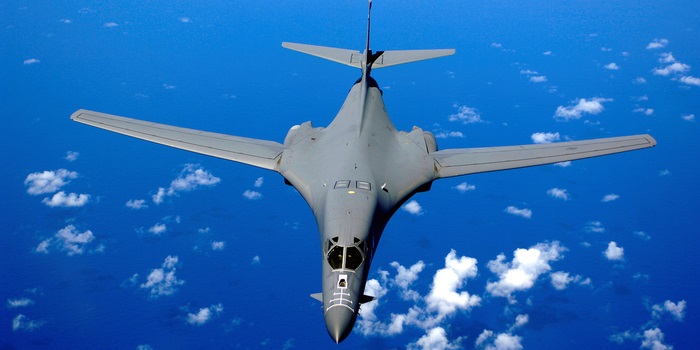 Seoul, Nov 5 (AFP/APP): A US B-1B long-range heavy bomber will participate in ongoing joint air drills with South Korea on Saturday, a defense ministry official in Seoul told, ramping up a show of force after North Korea’s blitz of missile launches.
Pyongyang’s flurry of launches on Wednesday and Thursday included an intercontinental ballistic missile and one that landed near South Korea’s territorial waters for the first time since the end of the Korean War in 1953.
The United States and South Korea have warned that the launches could culminate in a nuclear test by North Korea, and extended their largest-ever air force drills to Saturday in response.
A South Korean defence ministry official told that a US Air Force B-1B Lancer would participate in the last day of the exercises — dubbed Vigilant Storm — which were originally set for Monday to Friday this week.
“B-1B is scheduled to participate in the afternoon training,” the official said, without providing further details.
Pyongyang has been particularly angered in the past by the deployment of US strategic weapons such as B-1Bs and aircraft carrier strike groups, which have been sent to and near the Korean peninsula in times of high tension.