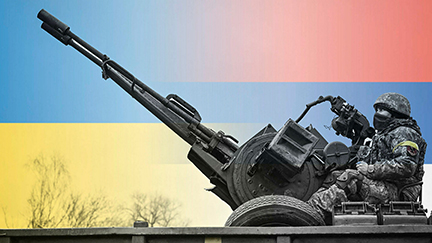 Ukraine might only have a few weeks left if it hopes to take back territories controlled by Russia, Chairman of the House Armed Services Committee Adam Smith told Politico’s National Security Daily on Monday. The Ukrainian forces would need longer-range weapons like tactical missiles and strike drones to change the tides of battle, he said, in the wake of his visit to Kiev.
The approaching winter would turn the ongoing conflict between Moscow and Kiev into a war of attrition that would only benefit Russia, the news outlet said, adding that Kiev has asked the American congressional delegation to convince Washington to urgently send aid.
“Help them now as much as possible. The next three to six weeks are crucial,” Smith (D-WA) told the outlet. According to the congressman, the Ukrainian government is willing to reach a peace agreement with Moscow but still wants its territories back, particularly those in the south.
Russian troops have seized control over Ukraine’s southern Kherson region and most of the neighboring Zaporozhye Region soon after the start of the military operation in February. Local officials in the two regions have considered holding referendums on joining Russia since then.
Kiev has repeatedly stated that its goal is to take back all of its territories. Earlier in July, Ukrainian Foreign Minister Dmitry Kuleba said that his nation’s goal in the conflict was to “restore our territorial integrity, and full sovereignty in the east and south of Ukraine.”
But this is not the first time Kiev has indicated that it wants to see the end of the conflict before cold temperatures set in. In late June, President Vladimir Zelensky told the G7 summit that he wanted to see the conflict end by the onset of winter, according to Reuters.
Smith believes the Ukrainian forces would need heavier weapons to achieve this goal. “The HIMARS systems with their range … [of] 30 to 50 kilometers is really helpful. We’ve seen the impact already just in the last month. But if they had a longer range, it’d be tougher for the Russians to hide their stuff,” Smith told RFE/RL on Saturday while still in Kiev.
Washington supplied Kiev with 12 HIMARS multiple-launch rocket systems so far. Last week, the Pentagon announced Ukraine was about to get another four of these systems, which would bring their total number on the battlefield to 16.
Smith, however, apparently believes this is not enough, as he told RFE/RL his aim was to send as many as 30 such systems to Ukraine as soon as possible. Kiev previously requested at least 50 HIMARS multiple rocket launchers. Other weapons on the congressman’s possible supply list are “drones and the electronic warfare” systems.
The House Armed Services Committee head admitted, however, that providing Ukraine with American fighter jets was not feasible at the moment. Washington has provided Ukraine with $8.2 billion in aid since the start of the Russian military operation but has so far refrained from supplying Kiev with some of its longer-range weapons like the Army Tactical Missile Systems (ATACMS) with a range of some 300 kilometers of MQ-1C Gray Eagle drones.
The administration of US President Joe Biden is concerned about a potential escalation of the conflict if Ukrainian forces get their hands on weapons capable of hitting Russian territory. Smith, however, believes Washington might yet change its mind.
“The administration is not prepared to do that at this point, but there are good arguments being made. That could change at some point,” he told Politico. Another congressman, Mike Waltz (R-FL), went even further after he suggested sending American military advisors to help Kiev with planning and logistics.
Russia sent troops into Ukraine on February 24, citing Kiev’s failure to implement the Minsk agreements, designed to give the regions of Donetsk and Lugansk special status within the Ukrainian state. The protocols, brokered by Germany and France, were first signed in 2014. Former Ukrainian president Pyotr Poroshenko has since admitted that Kiev’s main goal was to use the ceasefire to buy time and “create powerful armed forces.”
In February 2022, the Kremlin recognized the Donbass republics as independent states and demanded that Ukraine officially declare itself a neutral country that will never join any Western military bloc. Kiev insists the Russian offensive was completely unprovoked.