US Sending Patrol Boats to Help Ukraine Control Its Rivers 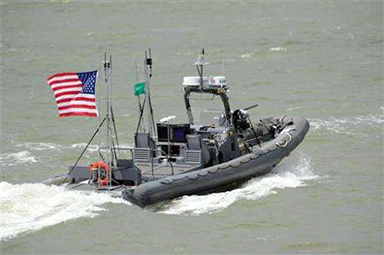 Ukraine will get 18 patrol boats to help defend its waterways and ports in the latest tranche of U.S. military aid, a senior defense official said Friday.
The 18 boats include two 35-foot riverine craft, six 40-foot maritime combat craft boats and ten 34-foot Dauntless Sea Ark patrol boats, the official said.
The boats are part of a $450 million package announced Thursday by the Biden administration and are “largely to protect the riverways,” the official said. They were requested by the Ukrainian government to help it maintain access to its rivers and “close-in coastal areas.”
“But the river piece was the initial impetus, I believe, for this particular request,” the official said.
The U.S. announced last week it was procuring truck-launched Harpoon missiles for Ukraine. The official said the missiles coupled with the patrol craft could bolster coastal defenses – but not necessarily be useful farther out into the Black Sea.
“This will be helpful in enabling Ukrainians to defend, you know, Odesa and other positions along the Black Sea coast,” the official said.