US takes out al-Qaeda leader Ayman al-Zawahiri in Kabul 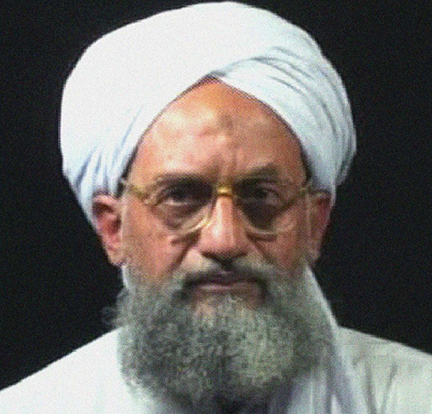 “Justice has been delivered and this terrorist leader is no more,” he said in an address from the White House.

The strike, carried out by a CIA-operated Air Force drone, occurred at 6:18 a.m. Sunday local time in Kabul as the al Qaeda leader stood on the balcony of his house, an American official was quoted as saying in media reports.

The house was owned by a top aide to senior Taliban leader Sirajuddin Haqqani, an intelligence official told reporters, raising questions about whether al-Zawahiri had received sanctuary from the militant group following the botched US withdrawal from Afghanistan last year.

The official added that a CIA ground team and aerial reconnaissance conducted after the drone strike confirmed al-Zawahiri’s death.

Citing the official, media reports said a loud blast was heard in the Shirpur area where the US intelligence community had tracked Zawahiri to the safe house and spent months confirming his identity and developing a “pattern of life,” tracking his movements and behaviour. Intelligence personnel also constructed a model of the safe house, which was used to brief Biden on how a strike could be carried out in such a way that it lessened the chances of killing any other occupants or civilians, the official said, adding that intelligence agencies have concluded that Zawahiri was the only person killed in the strike.

Biden’s remarks were reminiscent of president Barack Obama’s late-night announcement of the death of Osama bin Laden in Abbottabad more than 11 years ago.

The al-Qaeda chief was an Egyptian surgeon who grew up in Cairo and later moved to Europe before joining bin Laden in Sudan or Afghanistan and turning into an extremist.

Zawahiri, who had been on the run for 20 years since the 9/11 attacks that killed nearly 3,000 people in the United States, had a $25 million US bounty on his head.

In a report issued last month, UN analysts said Zawahiri had been “confirmed to be alive and communicating freely,” with “regular video messages that provided almost current proof of life.” It noted that his “increased comfort and ability to communicate” coincided with last year’s Taliban takeover of Afghanistan.

“Al-Qaeda is not viewed as posing an immediate international threat from its safe haven in Afghanistan because it lacks an external operational capability” from there, “and does not currently wish to cause the Taliban international difficulty or embarrassment,” the report said.

Both the United Nations and the US intelligence community have assessed that the operational threat from al-Qaeda is now centered in its African and Middle East affiliates.

In a rare video appearance in April, al-Zawahiri praised an Indian Muslim woman who defied a ban on Hijab. In February, the Muslim students wearing hijab were heckled and hounded by large groups of people wearing saffron scarves – a colour associated with the Hindutva ideology in India’s southwestern state of Karnataka.

Meanwhile, the official Twitter account of the Spokesman of Islamic Emirate of Afghanistan, Zabihullah Mujahid, the Taliban, on Monday posted that an “air strike was carried out on a residential house in Sherpur area of Kabul city,” saying that the “nature of the incident was not revealed at first.”

The spokesperson condemned the strike: “The security and intelligence agencies of the Islamic Emirate investigated the incident and found that the attack was carried out by American drones. The Islamic Emirate of Afghanistan strongly condemns this attack on any pretext and calls it a clear violation of international principles and the Doha Agreement.”

The Taliban spokesperson added: “Such actions are a repetition of the failed experiences of the past 20 years and are against the interests of the United States of America, Afghanistan and the region. Repeating such actions will damage the available opportunities.”