US to build a military-industrial base in Morocco 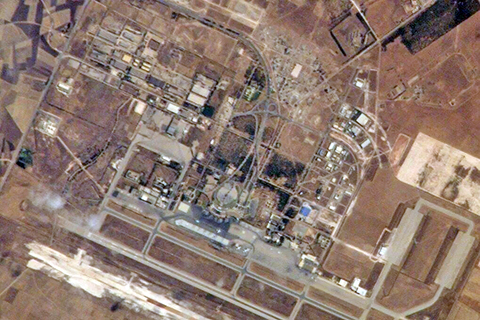 Washington: US President Joe Biden has instructed Defence Secretary Lloyd Austin to prepare an emergency plan to establish an American military-industrial base in the Kingdom of Morocco, the New York Daily News has reported. The plan was proposed during a high-level meeting at the end of December when Biden and Austin discussed America’s new global military strategy.

Biden has told Austin to push the Pentagon to facilitate the logistical and legal aspects of US defence industry investments in Morocco. The strengthening of Rabat’s leading role in combating terrorism, as well as its integration into the international military equation, will be achieved by developing its technical military capabilities, it is intended.

According to media sources in the US, before his meeting with Austin, Biden received a detailed report from CIA Director William Burns on the expansion of Russia’s influence in Africa, including Zimbabwe, Sudan, the Central African Republic, Algeria, and the Sahel and Sahara countries.

The CIA report said that Russia not only strongly supports the Algerian regime militarily and politically but is also discussing the establishment of a large logistical base that would give it an important outlet to countries located south of the Sahara Desert. “This,” said the agency, “will threaten the interests of Washington and its allies there.”