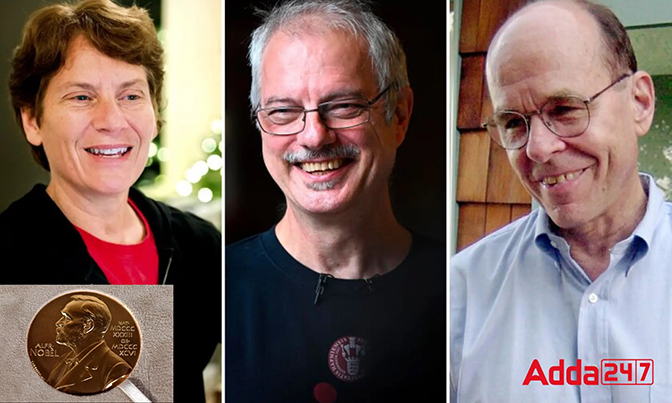 Stockholm, Oct 10 (AFP/APP): A US trio including ex-Federal Reserve chief Ben Bernanke, who played a key role battling the 2008 financial crisis, won the economics Nobel on Monday for research on banks in times of turmoil.
Bernanke, together with Douglas Diamond and Philip Dybvig, were honoured for having “significantly improved our understanding of the role of banks in the economy, particularly during financial crises, as well as how to regulate financial markets”, the jury said.
Bernanke, 68, has been both credited for spurring recovery after the 2008 recession and pilloried by critics for doing little to avert it, allowing investment bank Lehman Brothers to collapse.
He received the award for his analysis, conducted in the early 1980s, of the Great Depression in the 1930s, the worst economic crisis in modern history.
In particular, Bernanke showed “how failing banks played a decisive role in the global depression,” making the downturn “not only deep, but also long-lasting,” the Nobel jury noted.
In his role as chief of the central bank, Bernanke “was able to put knowledge from research into policy” during the financial crisis of 2008-2009, the Nobel Committee said.
Bernanke has been hailed for the Fed’s unorthodox response of slashing interest rates and flooding the financial system with liquidity.
He told a press conference Monday that he and his Fed colleagues were determined to prevent a financial system meltdown at the time: “I strongly believed that if that happened, that would bring down the rest of the economy.”
But Bernanke added that today’s situation is nothing like “the dire straits” 14 years ago, adding that banks are better prepared for challenges now.

Diamond, a professor at the University of Chicago born in 1953, and Dybvig, 67, a professor at Washington University in St Louis, were honoured for showing how “banks offer an optimal solution” for channelling savings to investments by acting as an intermediary.
The pair also showed how these institutions were vulnerable to so called bank runs, where a large number of savers simultaneously withdraw their money leading to the bank’s collapse.
The committee added that this dangerous dynamic can be avoided by governments providing deposit insurance and giving banks a lifeline by becoming a lender of last resort.
“In a nutshell, the theory says that banks can be tremendously useful but they are only guaranteed to be stable if they are properly regulated”, Tore Ellingsen, chair of the prize committee, said.
Diamond, speaking to reporters after the announcement, reflected Monday on the decision by US authorities not to bail out Lehman Brothers, as they later did other financial institutions.
The bank’s collapse sent shockwaves through financial markets when it filed for bankruptcy in September 2008.
“It would have been better to find a more accommodating way, a less unstable way and unexpected way to resolve Lehman Brothers,” Diamond said, stressing there were questions about what regulators were legally able to do.
“Had they found a way, I think the world would have had less of a severe crisis than it did,” Diamond said.
Asked about economic problems today, Dybvig told AFP he was “optimistic” these do not necessarily point to a financial crisis with a meltdown in the banking sector.

Of all the Nobels, the economics prize has the fewest number of female winners: just two since it was first awarded in 1969, Elinor Ostrom in 2009 and Esther Duflo in 2019.
This year, only two women were among the 12 individuals and two organisations honoured, Carolyn Bertozzi in chemistry and Annie Ernaux for literature.
Hans Ellegren, secretary general of the Royal Swedish Academy of Sciences, told AFP that since the science prizes generally honour research dating back decades, laureates who win “now reflect what the scientific community looked like back then.”
He said in the last five years, four women had been awarded the chemistry prize and two had received the physics prize, which has been a male-dominated field.
The economics prize, created by the Swedish central bank in 1968, was the only award not included when scientist Alfred Nobel created the prestigious awards in his 1895 will.
But like the other prizes it comes with a gold medal and an award sum of 10 million Swedish kronor (around $900,000).
The winners will receive the prize from King Carl XVI Gustaf at a formal ceremony in Stockholm on December 10, the anniversary of the 1896 death of scientist Alfred Nobel.