US winter storm kills 18, leaves hundreds of thousands without power 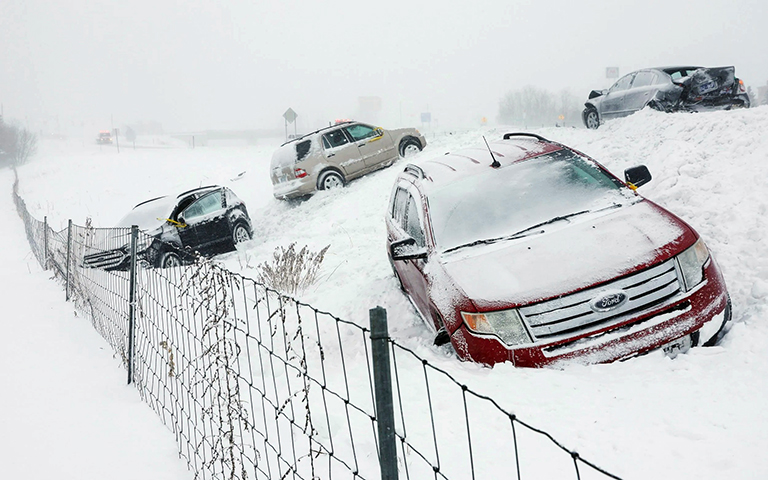 A fierce winter storm has knocked out power to hundreds of thousands of homes and businesses across the United States and left at least 18 people dead due to exposure and car crashes on icy roads.

The “bomb cyclone” storm, one of the most powerful in decades, also forced the cancellation of more than 3,000 US flights on Saturday, stranding thousands of travelers who were making last-minute dashes for Christmas.

The storm, now in its third straight day, was nearly unprecedented in its scope, stretching from the Great Lakes near Canada to the Rio Grande along the border with Mexico. The plummeting temperatures brought the coldest Christmas Eve on record to some parts of the country, including in Washington, DC.

Power systems across the US were under strain due to rising demand for heat and storm-related damage to transmission lines.

But many electric companies continued to ask people to conserve energy by not running large appliances and turning off unneeded lights.

Across the country, officials attributed at least 18 deaths to the effects of the storm, including two people who died in their homes outside the city of Buffalo in New York state when emergency crews could not reach them amid historic blizzard conditions.

Erie County Executive Mark Poloncarz said a third person had also died in Buffalo and that the blizzard may be “the worst storm in our community’s history”.

It was taking ambulances over three hours to make one trip to hospital in areas where a vehicle could get through the snow, he said, adding that there were “hundreds of people still stuck in their vehicles”.

He added that the National Guard was being sent “right into the city of Buffalo for these life-threatening rescues”.