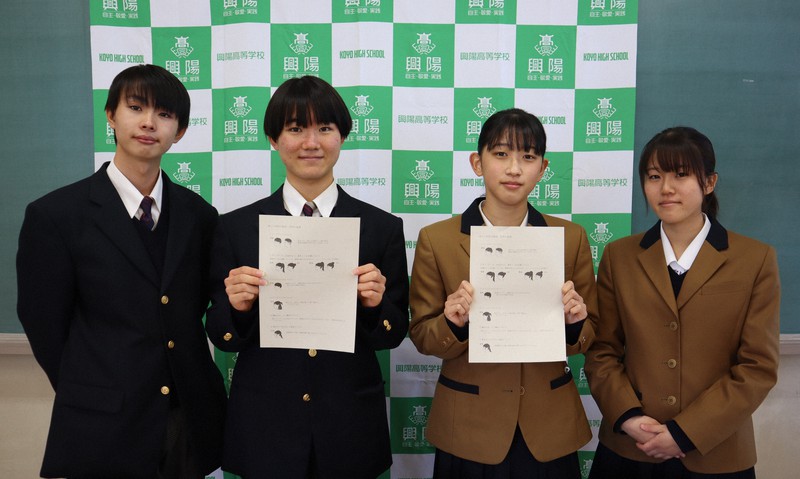 OKAYAMA — A public high school in this west Japan city will introduce new “gender-neutral” school rules in the 2023 academic year starting in April, with restrictions on hairstyles — usually distinguished between boys and girls — drastically relaxed.

The new regulations were spearheaded by the student council at Okayama Prefectural Koyo High School. Under gender-neutral rules, boys will be allowed to grow out their hair to make a ponytail, for example.

Koyo High School had banned hairstyles popular among young people, including undercuts for boys and ponytails for girls. Once the new school rules come into effect, those hairstyles will be permitted, regardless of the student’s gender, within certain standards.

Amid complaints from the student body that restrictions on hairstyles were outdated, student council secretary Shunnosuke Oshita pushed hard for gender-neutral rules on hair. The second-year student views their own gender as “not male or female, but myself.” Oshita had long hair below ear level in junior high school but had no choice but to cut it short after entering high school to comply with boys’ hairstyle regulations.

“I’ve struggled due to gender and endured some hard times. I’m proud of myself for taking action,” Oshita said, adding that growing long hair was something to look forward to.

When the student council decided to consult with the school about revising the school regulations in April 2022, the issue of unreasonable rules in Tokyo Metropolitan Government-run high schools was making headlines. In response, the metropolitan education board urged schools to review their regulations, and some rules such as those saying “students must dye their hair black if their natural hair color is brownish,” have since been abolished.

While paying attention to these movements, the Koyo High School student council agreed that they would come up with new school rules themselves and propose them to the school, without leaving the issue to the adults. To learn what “the real world” had to say about the matter, the council sent surveys to 162 companies in and outside Okayama Prefecture, asking them about how they viewed high school students’ hair and clothing when they interviewed for jobs, while also holding opinion forums with groups including the Tamano Lions Club based in the prefectural city of Tamano.

Some teachers initially showed concern over the student council’s move to review school rules, but new regulations proposed by the council were approved unanimously in a staff meeting in November 2022. Vice principal Shuji Furusawa said, “We were all moved (by the student council’s work).”