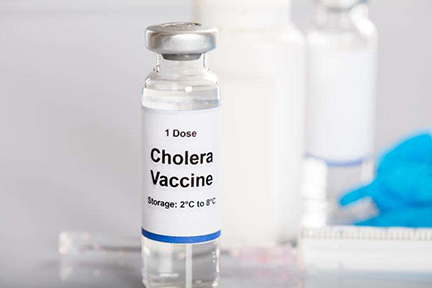 The World Health Organization (WHO) has said it will suspend its standard two-dose vaccine regimen against cholera in an effort to conserve supplies, noting that the stockpile is in a “grave state” as dozens of countries report new infections.

The agency announced the decision on Wednesday, saying the “the pivot in strategy will allow for the doses to be used in more countries” at a time of “unprecedented rise in cholera” worldwide and an “extremely limited” vaccine supply.

“The benefit of supplying one dose still outweighs no doses,” the health body continued, adding that “although the temporary interruption of the two-dose strategy will lead to a reduction and shortening of immunity, this decision will allow more people to be vaccinated and provide them protection in the near term, should the global cholera situation continue deteriorating.”

Since January, 29 countries have reported cholera cases, according to the WHO, with Haiti, Malawi and Syria currently facing “large outbreaks,” while Kenya recently became the latest country to detect the illness. The figure marks a significant spike globally, as fewer than 20 nations experienced outbreaks annually over the previous five years.

Moreover, the WHO said that the production of cholera vaccines is now at its “maximum current capacity,” arguing that one-dose strategy is the only practical way to stretch supplies given the constraints.

Cholera is an intestinal infection caused by the bacterium Vibrio cholerae, with common symptoms including extreme stomach pain, diarrhea, vomiting and muscle cramps. Patients often experience severe dehydration due to the loss of fluids, potentially leading to further complications, including death. The disease is commonly spread through the consumption of contaminated water, and appears most frequently in poorer nations.