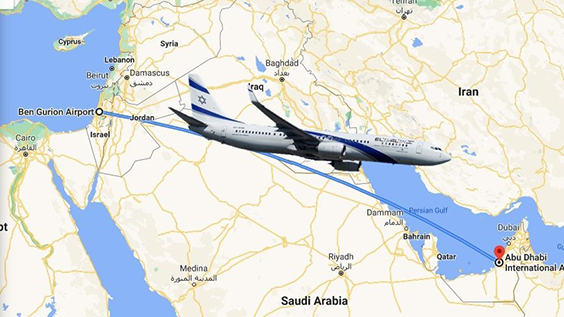 Israeli Transport Minister Merav Michaeli on Friday revealed “ongoing work” with Saudi Arabia to normalise relations between the two countries, Arab48.com reported.
“Work is underway with Saudi Arabia regarding the overflight of Israeli aircraft over its territory, which may reduce the flight time as part of the normalisation process,” Arab48.com reported the minister telling Reshet Bet Radio.
Michaeli pointed out that no results can be expected at this time, “but work is in progress.”
She continued: “I, who believes in resolving the Israeli-Palestinian conflict through a regional settlement, try to use transportation for this, which is a very important tool to strengthen these relations.”
Michaeli’s remarks come five days after Israel Hayom reported on a trilateral deal that it said was being formed among Israel, Saudi Arabia, and the US, representing a new step towards normalising relations between Tel Aviv and Riyadh.
The Israeli daily disclosed that Saudi Arabia is about to open its airspace to Israeli airlines, which is “good news” for thousands of Israelis and the local aviation industry.
Saudi airspace is currently open only to Israeli companies when flying to the UAE and Bahrain under the Abraham Accords, and Indian company Air India has a special permit to fly through Saudi airspace between India and Israel.
“Everything is expected to change soon,” Israel Hayom revealed.