Zuckerberg ‘will own your eyeballs,’ Snowden warns 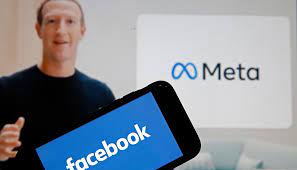 The stock market price of Facebook parent Meta Platforms has crashed after the company’s reported earnings fell short of expectations on Wednesday.

However, whistleblower and privacy advocate Edward Snowden has cautioned against celebrating the company’s downfall too early, suggesting it could still bounce back and pose a threat to society.

“Sure laugh at Zuckerberg’s stock crash,” Snowden tweeted on Thursday, adding that people should not forget that “in five years he’s gonna own your eyeballs and pause the ads every time you blink.”

This isn’t the first time the NSA whistleblower, who currently resides in Russia and recently obtained Russian citizenship, has criticized the social media giant and its creator Mark Zuckerberg, particularly with regard to his metaverse ambitions.

In a tweet in August last year, Snowden slammed Meta’s VR/AR metaverse as “stealing and repackaging” the VRchat concept and trapping users in a “low-rez workplace” and “cutting off their legs.”

While he believes the idea of virtual reality meetings are going to be a “killer app,” Snowden argued that Zuckerberg’s company “has gone to extreme lengths to prove it cannot be trusted to respect the boundaries required for private meetings.”

Meta’s attempt to create its own metaverse has repeatedly run into problems, despite billions being invested in the project. The company’s latest quarterly earnings revealed that its Reality Labs division – which includes its metaverse project – has lost some $3.7 billion from operations. The division ultimately lost a total of $9.4 billion so far this year and $6.9 billion the year before.

Critics are now calling on Zuckerberg to abandon his astronomically expensive pivot to the 3D virtual world, with some arguing it is simply not “paying off.” A number of academics and privacy advocates have also expressed concerns that virtual worlds could be exploited by companies seeking to monetize and control them.

Dr. David Reid, a professor of AI and spatial computing at Liverpool Hope University, warned in 2021 that while the metaverse has “fantastic advantages,” it also comes with “terrifying dangers.”

Reid said the creation of a mixed reality, blending the digital and real world, could see a future where whoever controls it “will basically have control over your entire reality.”

Snowden also spoke out on Friday about Elon Musk’s acquisition of Twitter, agreeing with the billionaire’s stance on social media censorship, saying it has “clearly gone too far.”